G’Day Nick! We all know you as the brainchild of Curb Crawlers & Wwebstore and an all-round good fella. Tell us a little bit about yourself!

What’s up fella!
For those who don’t know me, my name is Nick. In my spare time, I’m usually keeping busy skateboarding, drawing, messing around in Adobe Illustrator, listening to music or taking photos. I started Curb Crawlers back in 2019 as an outlet for the graphics I produce and to challenge myself as a designer. I’ve always found the urban environment particularly fascinating. The streets and the people who occupy them are what drives the brand.

Around the same time the Curb Crawlers launched, Jaedan French from 12AM and I started up Wwebstore. A bunch of our friends were running our own brands around this time and we felt it was right to give them a home under one roof.

You recently moved from the greatest city in the world (Brisbane) to Melbourne, what was the driving factor and how’s it been?

I do love Brissy you’ve got me there.
The driving factor for the move to Melbourne was being offered a buying position through work, which aligns closely with my interests and passions. As much as I love Queensland and all my friends and family based there, it has been a great sea change. I’ve been catching up with some old friends who now live here, skating new spots and meeting new people which has been tight!

Lately I’ve been putting the finishing touches on Curb Crawlers Range 4. I’ve been working through the sampling process to get some higher quality ‘cut and sew’ products finalised. I’ve also been working with yourself and a group of my talented friends on a new side project for the brand ‘CC Radio’ (which you are currently experiencing!) It aims to shine a light on the talented individuals within our broader community, share some of their favourite tunes and have a light-hearted yarn.

I’ve also been working on some branding for my mate Ethan Munnich’s electrical company ‘Munnich Electrical’. Keen to see that out and about in the near future.

Melbourne recently came out of a pretty significant lockdown. What did you do with yourself during that time?

Since I made the move down, Victoria has spent about 4 weeks in lockdown. It has been a pretty productive time for me personally. I was lucky enough to still have full-time work over the lockdown period. Outside of work I spent a bit of time working on the graphics for Range 4, skating around my neighbourhood, listening to records, skating some low key slappy spots and playing Pokémon Leaf Green on Gameboy.

The homie Cale Ross. He shoots a mean photo and also has impeccable music taste.

Crumbs from the kitchen floor getting stuck on your feet… Not having it!

You can only eat one meal for the rest of your life, what is it?

My old boy Daveo, he’s the most nifty bloke around and would probably shape us some surfboards.

Mumsy, Cos she’s a mean cook and an all-round gem

And my sister Lauren, because she probably needs a holiday! She’s always working crazy hours. Brandy – I Wanna Be Down (Instrumental)
Madlib – The Strip
2 Of The Crew – All Day Chill
Bushwackas – Caught up in the Game
Big L – Casualties of a Dice Game
Scarface ft. Too Short – Sex Faces (Instrumental)
Cyrpess Hill – Throw Your Hands in the Air
Notorious B.I.G, Angela Winbush, JAY-Z – I Love The Dough
Project Pat – Ni**as Got Me Fucked Up
Free Nationals – The Rivington What’s good Brad? Tell us a little bit about yourself.

What up! Born and raised in Adelaide but Currently residing in Brisbane (Lived in Perth too for a hot minute). I’m working at Fast Times in Brisbane City, studying design at uni, and more recently have been making digital art. Mostly 3D stuff.

I’ve been doing a fair bit of motion design late. Other than Curb Crawlers, I’ve had the pleasure of working with Brent at Episode Skate Co and Jaedan over at 12AM. I’ve also been very blessed to work with some people that I’ve looked up to since my first days skating, which has been surreal to say the least; but you’ll see more about that in the future!

What do you like to do in your down time?

I’m a big homebody, so on my days off you can usually catch me just watching Gordon Ramsay yell at fools on Hell’s Kitchen and doodling. Teaching myself the 3D software I’ve been using takes up a good chunk of my downtime though. Lots of trial and error and many many deleted projects. The worst is when my computer shits it’s pants and I lose a project that I’m really into. It’s all a massive pain in the ass but it’s all worth it at the end of the day.

Whenever I’m at home trying to be productive, I find myself not being able to fully engage with what I’m doing because my train of thought runs a bit wild. This mix is inspired by the music I listen to when i’m trying to clear my mind and focus on whatever I’m doing.

Chassm (the greatest band ever) just released their debut album “Falling Forever” which I absolutely love. Other than that, a few other consistent artists in my library are Yussef Dayes, Hum, Elder, Ryo Fukui, Aphex Twin, and Slint.

Make some art
Admit to your crush that you’re into them
Bomb hills
Three interesting individuals we might not, but definitely should know about?
The crazy talented artist Laelia Kartini (@laeliak on instagram)
The good homie behind the lens Lakshan (@Lakshan.1 on instagram)
My G Woody! He will paint you like one of his french girls if you ask him nicely (@wiremuhohaia on instagram)
A pet hate?
People standing in doorways like it’s the best hang out spot in the world
Top three conspiracy theories?
Reptilians

Spicy Miso Ramen with extra noodles from Men Ya Go

the good homies Eli and Lucas would be coming for sure. Then probably Super Hans from Peep Show to make it interesting.

Check out more of Brad’s work via – @ht.rnd and his website. What’s up Jack? Tell us a little bit about yourself.

I’ve just recently quit my job working in the city at a media agency and now focusing on freelance work. A few friends from film school have some short films that they want to make so I’ll be helping out on them, as well as trying to film skateboarding as much as I can.

Tell us a bit about your time in England?

My partner Kate and I moved over to the UK in 2015 til 2017. Kate worked in a small cafe around the corner from where we lived and I was labouring for her dad who is a builder. I met a good crew down in Brighton. After work I would catch the train down there and go on street missions with some skaters and shoot stills. It wasn’t until the last 6 months of living there did I actually start to film anything.

Moving back was hard but was great to see family and friends again.

I love cinematic music. So anytime there is a good film on, I’ll always try and find a playlist and see what music was used throughout the film.

I think you’ll find the mix is a bit all over the place. In my mind it’s a nice balance of everything that I like to listen to.

Skating, driving, having a shave.

Three creatives we probably don’t, but definitely should know about?

My good friend Dyllan Joyce who is an amazing musician and potter.

Another good mate Liam Hobson. Best skater and painter out there!

Tove Jansson, super creative Finish writer. She wrote the Moomin books and my favourite book of all time ‘The Summer Book’.

People not thinking of others feelings.

I do love a big bowl of carbonara.

You’re stuck on a deserted island with three guests, who are they?

Check out more of Jack’s work via – @lil.zissou and his website Hey Aidan! Tell us a little bit about yourself.

I am an Illustrator and Graphic Designer based in Meanjin/Brisbane! I spend most of my days working on fun projects that revolve around those disciplines. I’m currently Freelancing so I’ve had the opportunity to really master my craft within these disciplines as of late.

A mixture of things! I’ve been working with some fashion brands to produce t-shirt graphics, and working with small businesses to produce some fun, illustrative content for them. I’ve also been invited to produce work for a couple of upcoming exhibitions which have been super fun and challenging at the same time. It feels good to push more of the art practice as opposed to my commercial practice.

I know you love a good DIY project! What’s been happening in that department recently?

Lately I’ve been doing things a little differently. I recently bought a beat up, vintage bicycle and have been slowly tinkering away with that. It has been really fun to do something completely different but learning something new and getting to use my hands. It’s nearly up to scratch and I’m excited to take it out for a spin.

It’s basically just a mixture of tunes I listen to when I need to zone out and focus. I love a good low-fi sound, mixed in with some vintage synths and a bit of a jazz influence.

These feel like the opposite to my mix but are still a strong part of my identity haha. Lately I’ve been tuning into Cool Ghouls, L.A Witch, Faust, Benny Sings and CHAI! Last one is a curveball but wow they are a good time.

Go for a drive, make some dinner or just sit on the couch and zone out.

Three creatives we probably don’t know, but definitely should know about?

Being interrupted when I’m deep in a project haha just lemme finish in a minute!

Don’t mind a delicious vegan curry! Always does the trick.

Check out more of Aidan’s work via – @heyaidan Brisbane just came out of a lockdown so I caught up on a bit of sleep during that period. I spent a lot of time working on some rugs and discovering some new music. Keen to get back to work with all my best mates !

Been listening to a lot of ambient music as of late, not that this mix reflects that…
Really been enjoying the homie David Versace’s ‘Soulsides’ EP and as always a bit of Harry Nielsen.

Crack a beer, sit down & reflect. 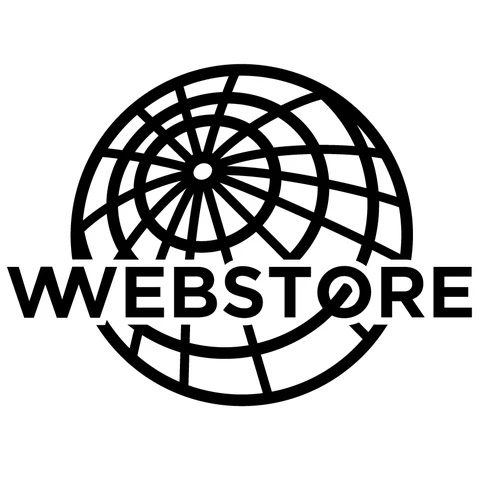 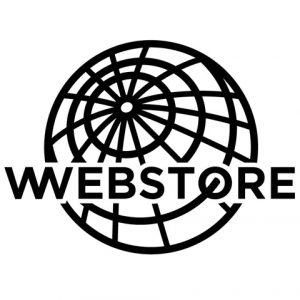